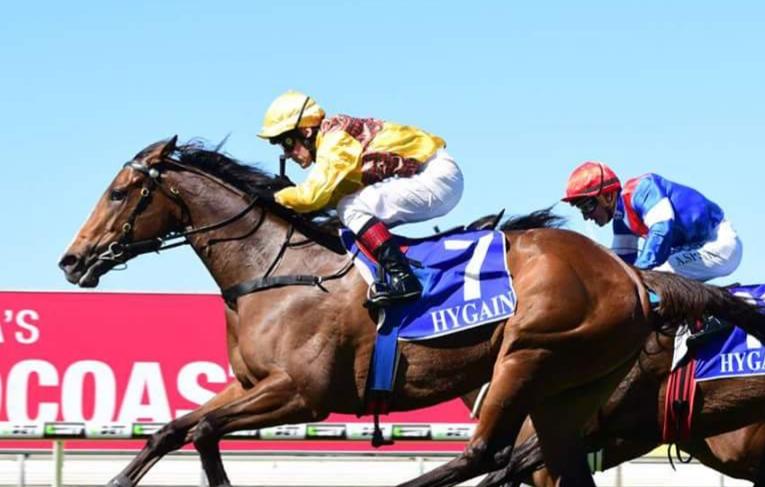 Trainer Kelly Schweida is hopeful Darktown Strutter can overcome a Doomben hoodoo when the talented mare returns to the venue on Saturday.

Darktown Strutter has an impressive record of seven wins from 11 starts with four Doomben failures the only blemish on her career to date.

She steps up to open company for the first time in the Rostron Carlyle Rojas Open Handicap (1200m).

The four-year-old has a distinct liking for the tighter turning Gold Coast track where she has won at all five starts while her other two successes were both at Ipswich.

A daughter of boom sire I Am Invincible, Darktown Strutter maintained her unbeaten record from two starts this campaign when she won in Class 6 company at the Gold Coast on August 18.

“She got beaten on softish tracks a couple of times and another time she was caught wide.”

Schweida had planned to start Darktown Strutter in Sydney last week but aborted the plan when rain fell.

Schweida believes Darktown Strutter faces formidable opposition in her first open company test and is worried about her lack of recent racing.

“I haven’t been able to find a suitable race for her and it’ll be four weeks between runs,” he said.

“I’m just hoping now there’ll be no rain before Saturday.”

Darktown Strutter is already a valuable broodmare but her worth will skyrocket if she can win a Stakes at some time in the future.

Schweida is still keeping Sydney as an option for Darktown Strutter who has learnt to settle in her races.

“She’s still a Benchmark 84 horse and she’s racing in open company,” he said.

“But she’s now able to sit off the speed which is good as early in her career she would just tear along.”

Schweida also was considering a Newcastle Cup start on Friday for Outraged who will run in the Benchmark 85 Handicap (2200m).

Outraged produced his best run for some time last outing when third to Tumultous at the Sunshine Coast on August 25.

“He was going to go down for the Newcastle Cup but it’s a very strong race so I decided to stay at home,” Schweida said.

“Doomben is not ideal for him but he ran a good race last time.”