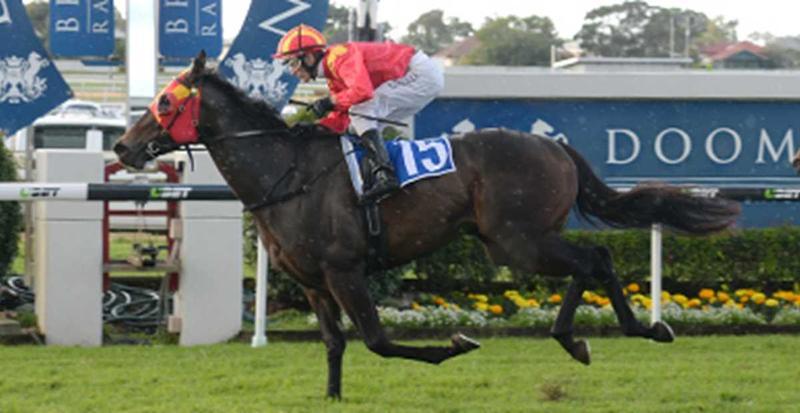 Golden Falls had four runners behind her on the home turn before unleashing a powerful finishing burst to down Lucky Tom by two lengths.

Murt The Flirt was a further 1-3/4 lengths away third.

Schweida has a big opinion of the daughter of Encosta De Lago, who was bred by John Hutchins of Typhoon Tracy fame.

"I'll be guided by her owners but I'd like to chase Black-Type with her," Schweida said.

"She's well above average and this was only her second start this campaign."

Schweida has no doubt Golden Falls will get further as her mother The Golden Dane finished second in the Group 1 Flight Stakes (1600m) at Randwick and fourth in the Group 1 VRC Oaks (2500m) at Flemington in 1999.

"We decided to miss the winter after we got a bit behind with her and she's by Encosta De Lago who need a bit of time.

"She should have won first-up at Caloundra last start but she had no luck and really flashed to the line."