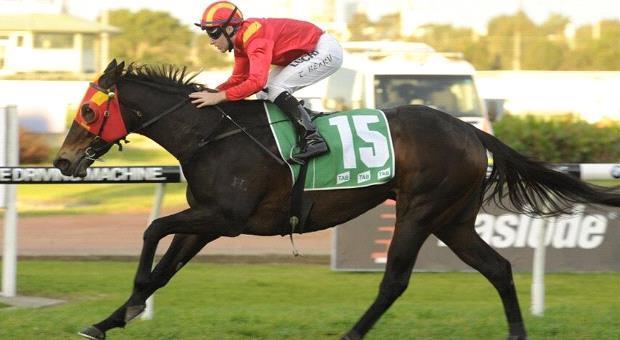 Astute Queensland conditioner Kelly Schweida found the right race for his progressive four-year-old mare and despite finding some trouble in the straight, burst through late for a convincing 1-1/4 length win.
Golden Falls was singled-out by punters, firming to start a dominant $2.50 favourite. The win made it six winning favourites from the eight race program.
Berry had a mixed day, winning the feature event of the day aboard Keepit To Yourself but finding plenty of bother on fancied runners Idance (race five) and Onerous (race seven), two runners trained by Hawkes Racing.
It looked precarious halfway down the straight in this race for Berry as well, with his mount full of running but needing a clear passage.
"Everywhere I wanted to go, Grande Punto would move in front of me,” Berry said.
"It’s a good way to start the season with a couple of winners.”
Queensland trainer Kelly Schweida has no short-term ambitions for Golden Falls, with a break seeming the most likely next course of action.
"I’ll probably back off her now,” Schweida said. ”She’s done enough this time in and she’ll be better for everything she’s done this campaign.”
Grande Punto ($13) for Allan Denham ran an improved race ridden off the speed. The five-year-old gelding loomed strongly and fought hard down the straight, but had no answer late.
The John O’Shea-trained Careless ($3.80) had all of the favours on pace but found the 59.5kg too hefty an impost, outgunned into third place, beaten three lengths.