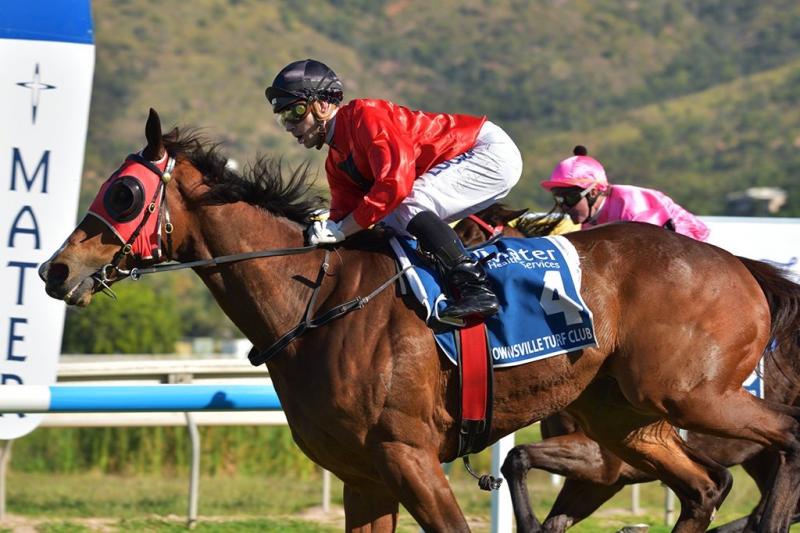 Two decades after his first Townsville Cup triumph, Schweida was again the toast of Cluden Park as he finally delivered on a long-held promise to owner Allan Meads to bring him a winning horse.

Outraged ($4.80 favourite) showed his class with a huge charge to the line to beat home Lightenuff ($14) by more than a length with Artibai ($13) a further length-and-a-half back in third.

The gelding was trapped midfield on the rails approaching the turn before the field opened up and jockey Ric McMahon let him unleash.

“He normally likes to get to the outside, he’s a little bit timid in among the other horses, but once he got a bit of galloping I knew he’d be strong home,” Schweida said.

“Ric has ridden a lot of horses for me and he’s pretty patient. The field was spread out so I was just hoping that it would open up and it did

“It was certainly worth the trip. You just get a good thrill out of it, it’s like winning a Group race.”

Schweida started his racing career in Townsville, first as an apprentice jockey before applying for his racing licence, winning the Townsville trainers premiership in 1993.

He moved to Brisbane the following season, but continued to have a presence at Townsville’s biggest race day, taking out the 1996 Townsville Cup with Harvey’s Gold.

Schweida has long planned to have another crack at the prestigious race with Meads, but he said it was just a matter of finding the right horse.