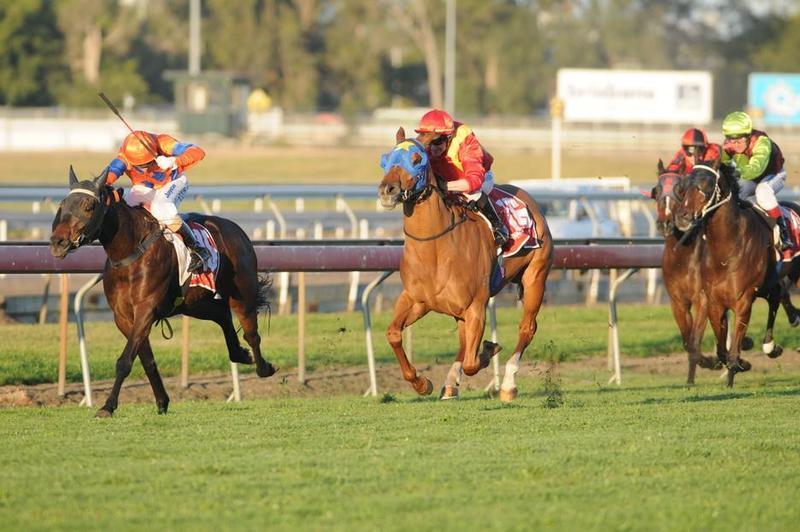 Talented mare Flying Jet made a terrific return to racing with her emphatic win in the Mt St Michael’s College Benchmark 80 Handicap (1200m) at Eagle Farm.

Flying Jet turned in a solid fifth at her last run in the Listed Princess Stakes (1600m) at Eagle Farm at her last start before a 19-week spell through the winter months.

“We were very happy with her coming into this run and she looks like she is ready to really put it all together now,” Schweida said.

“She has always had the ability to be a top class mare, but has had more than her fair share of bad luck and bad barriers along the way.”

The daughter of jet Spur had the services of Larry Cassidy again in her first-up run. Cassidy gave the mare time to find her feet in the second half of the field before Flying Jet improved quickly under her own steam rounding the home turn.

The eventual runner-up Solebid stole a two-length break inside the 200 metres but Flying Jet motored home late post her third win from 13 starts by a half-length.

“I had plenty of horse underneath me and she felt a million dollars when she let down and sprinted,” jockey Larry Cassidy said. “I always felt in control of the race and just needed the breaks to go my way and I knew she would run over the top of them.

“The first two horses absolutely streeted the rest of them and I would say the form will really hold up for this pair. Flying Jet is pretty smart I can tell you and she will also take good improvement from the run.”

Schweida, who will just take things one step at a time with her at this stage, is convinced Flying Jet will improve further with age.

“She has already won almost $150,000 and been stakes placed,” Schweida said. “But I think she can continue to develop and, if she keeps progressing the way I expect, then I am sure she is capable of taking out a really nice race one day.”