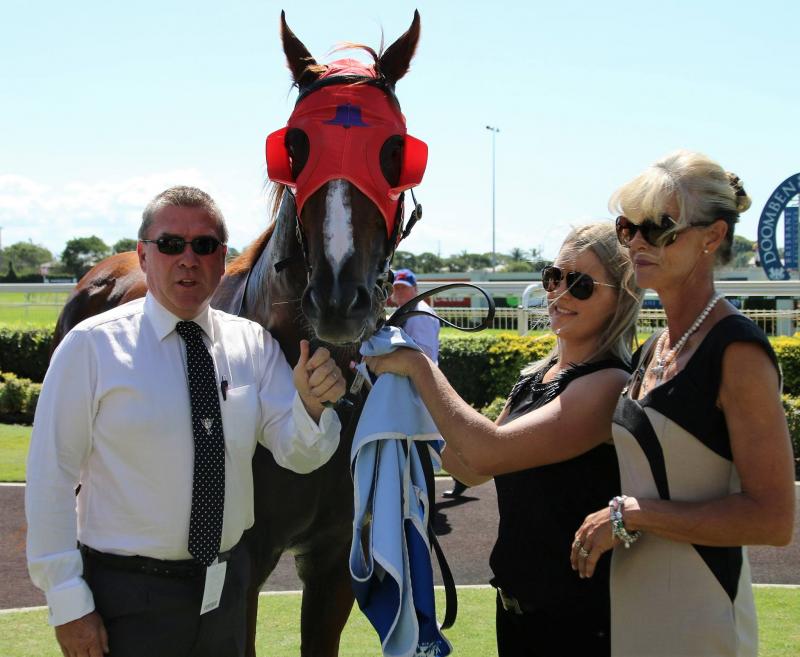 Oink revived memories of the late jockey Tim Bell when the youngster survived a protest to win at Doomben on Saturday.

Oink was bought by Darren Wilson for $80,000 at the Magic Millions yearling sales and shares were allotted to Bell’s parents Grant and Keiley Bell.

The late jockey’s partner Heidi Whalley also is a part-owner and strapped the son of Sebring.

Connections had special colours made in memory of Bell, who was killed when he fell from a high rise building in Singapore last year.

The red silks were Bell’s favourite colour while they also have a purple bell as a logo.

Winning trainer Kelly Schweida missed the win as he was driving to Rockhampton to saddle up favourite Bagus in the $100,000 Capricorn Yearling Sales Classic.

Schweida said current plans for Oink were to head towards the major juvenile races during the upcoming Brisbane winter carnival.

“I’ll aim him for the winter races and just go as far as we can,” Schweida said.