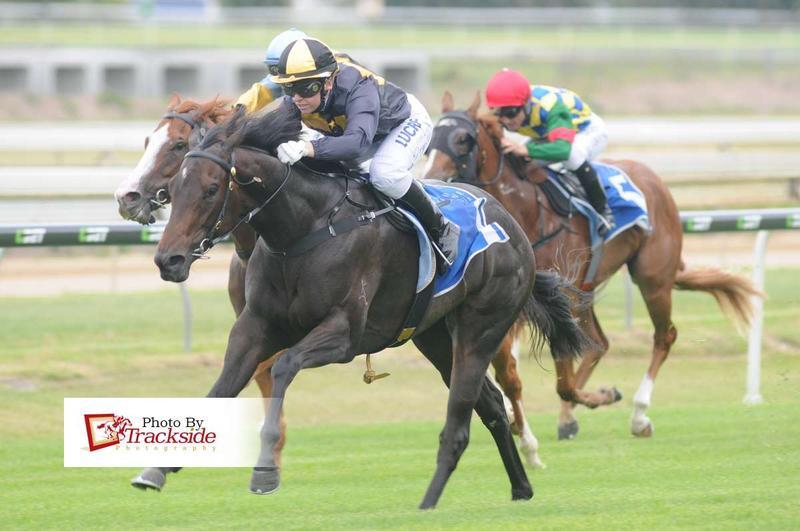 Connections of Bagus scooped a big pay day when the Kelly Schweida trained two year old won impressively on Saturday at Doomben.  Having her second start in a race and coming off the back of a win on debut at Ipswich on Magic Millions Day, the daughter of Jet Spur collected a winners cheque of $78,000.

The winning prizemoney was almost doubled due to the filly being QTIS qualified, collecting both the QTIS bonus and the Fillies QTIS bonus.

"It's a great pay day for all involved and to be racing for a $78,000 purse is a fantastic for the owners," Schweida said.

"It's a great mix of old and new owners for the stable and I'm especially happy for Wayne Harris and his wife as they have bought a heap of slow horses that never win and still stuck with the stable so a great result all round."

Bagus jumped from barrier one and was aided by a well judged ride by apprentice Bridget Grylls.  Jumping cleanly Grylls urged the filly along the rails and took a sit behind the hot pace set by Fallen For You and race favourite Cougar.  Approaching the 400m they peeled to the outside and let down well over the concluding stages to score by a comfortable two and a half lengths.

"She's got a bit of fuel in the tank and she's still pretty green so I think there's a lot more to expect from her."

When asked about the future of his filly, Schweida was upbeat.

"She's a filly with a lot of promise.  I'll see how she pulls up but she might go for a little break now.  The tracks are a bit hard at the moment and as she was bought from the Rocky sale she qualifies for that race up there in a couple of months time so a freshen up will only benefit her."