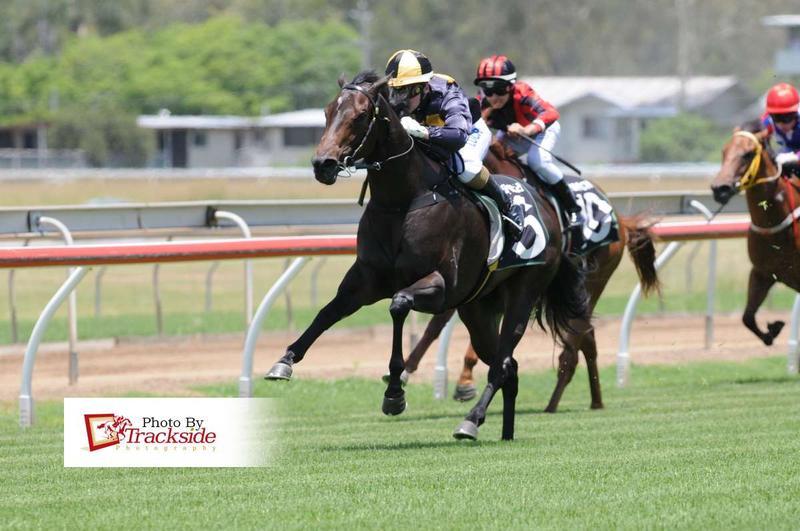 First starter Bagus made a promising start to her racing career at Ipswich on Saturday with an impressive win in the QTIS Two Year Old Maiden over 1000m.  The filly by Jet Spur was having her first start and the stable was confident she would run well.

"She won a jump out the other week," Schweida said.

"Although she'd trained on well from then I was still worried about the alley, drawing wide at Ipswich isn't ideal at the best of times let alone when you're a first starter."

The daughter of Jet Spur jumped from barrier nine of ten and jockey Bridget Grylls was positive from the jump urging her to sit up outside the leader.  From the 200m mark when asked to extend she quickly put a break on the field to score by a comfortable two and a half lengths in a time of 59.01 seconds.

Bagus was purchased for just $15,000 at the Rockhampton Yearling Sale last year and qualifies for the $100,000 race they have in March to coincide with their Sale.

"She caught my eye mainly because she was out of a Commands mare and she has plenty of upside as she still raced quite greenly," Schweida said.

"I'll just wait and see how she pulls up before I make any decisions.  There's a race for her on the 23rd of January at Doomben and being a QTIS filly it's worth nearly $70,000 to the winner.  A couple of the owners are from Rockhampton so I also have to keep in mind that big two year old race they have there in March so there's a few options for her.

From one start Bagus has already earned her connections $18,900 in prize money including $8,500 in QTIS bonuses.

If you missed the race please click on the link below to watch the replay, race one.