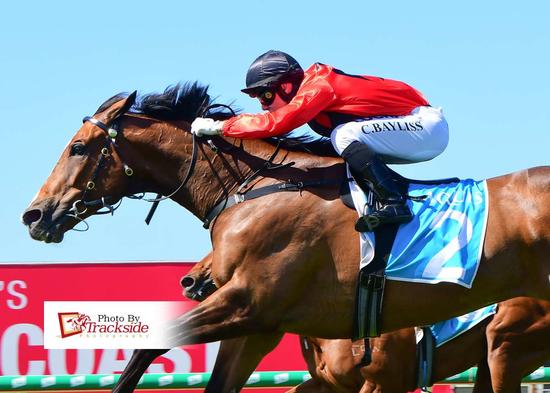 Veteran galloper Outraged again showed his liking for the Gold Coast track and made light of a slow early pace when he stormed home to win the John Morrisey Handicap.

Winning trainer Kelly Schweida said he would love to have a stable full of horses as honest as Outraged.

"But often in these races they walk early and they sprint the last 600m home. That is what happened today and I told Corey (apprentice Bayliss) to get out and get going at the 600m.

"Outraged might have looked like he was struggling on the home turn but he was always going to keep coming."

Schweida said Outraged had always showed a liking for the Gold Coast track and usually ran good races on the surface.

"I know I always go on about it but he really should have won the Magic Millions Trophy a couple of years ago. It was a million-dollar race and he was the narrowest of thirds after being deep the whole way," he said.