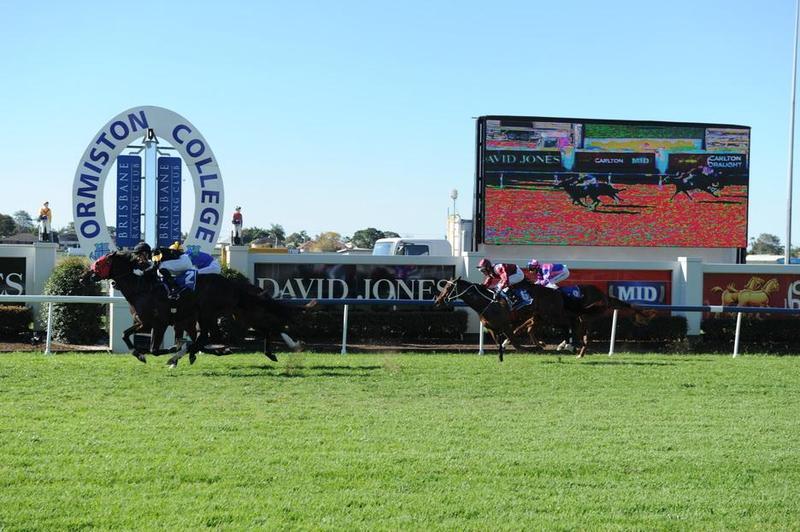 Exciting prospect Better Than Ready pushed his claims for a trip to either the Sydney or Melbourne spring carnivals with his stylish win in Saturday’s Ormiston College Redback Handicap (1110m) at Doomben.

Better Than Ready took his record to two wins from three starts with his effort to win the $50,000 event with just one trial under his belt but trainer Kelly Schweida said the son of More Than Ready would need to repeat the effort for him to consider a southern campaign for the colt.

"It was a good win but I want to see him put two wins together like that to see if he's good enough for a trip south," Schweida said. "He's nominated for the Caulfield Guineas but he won't be starting in that.

"There's plenty of races around for him that look suitable in Sydney or Melbourne in the spring but we'll have to wait and see how he runs next in two weeks’ time.”

Schweida sent Better Than Ready to the spelling paddock after his fine fourth in the Listed Hampden Stakes (1200m) at Doomben in May but the three-year-old showed the benefit of the break in his return to racing.

Jockey Ric McMahon gave Better Than Ready time to balance in the first half of the race before putting his mount in the race at the 400 metres. McMahon was kind to Better Than Ready in the straight but he still proved too strong for his opposition.

"I put the blinkers on him to get him to concentrate more after he was a bit tardy in the barriers last campaign," Schweida said. "He got back a bit further back than I expected today but he had them covered at the 100 metres.

"It was only his first run back from a spell and he was still a bit soft. You don’t want them wound up fully when they have a long campaign ahead of them.

"Although he wasn't at his peak, the pleasing part was his time which was only fractionally outside the class record."

Schweida paid $150,000 for Better Than Ready at the 2011 Inglis Australian Easter Yearling Sale in Sydney. Better Than Ready’s impressive win took his prizemoney tally to $68,000 with plenty more to come this time in.