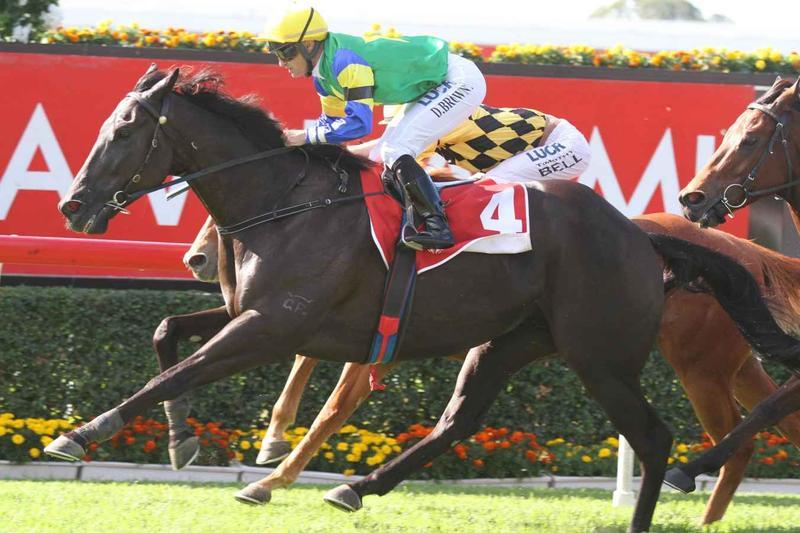 The talented but injury-plagued Cape Kidnappers has been retired but will still have a home with his trainer Kelly Schweida.

The seven-year-old was restricted to 19 races but he managed to earn almost $400,000 from nine wins and six minor placings.

Schweida nursed Cape Kidnappers throughout his career after the gelding suffered a fractured sesamoid bone in 2012.

"It was a credit to him that he could come back and win races like the Queensland Lightning and Chief De Beers Stakes," Schweida said.

"Very few horses race again after such injuries. He was in a box for nine months but we managed to get him back to the races.

Cape Kidnappers was expected to be competitive in the late winter carnival sprint races but Schweida decided to retire him after speaking with the owners on Saturday morning.

"He has done a great job under the circumstances and we didn't want to risk him any further," he said.

"We will keep him here on our property at Caboolture and my daughter will probably use him as a hack."

Schweida will now pin his winter carnival hopes on Miss Cover Girl who will be aimed at the Tattersall's Tiara on June 20.

The winner of the P J Bell Stakes in Sydney during the autumn, the filly missed the chance to gain automatic entry to Saturday's $2 million Stradbroke Handicap when second to Najoom in the Fred Best Classic.