Epic double for Schweida at Doomben 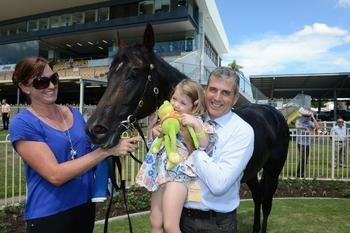 Smart galloper Epic justified trainer Kelly Schweida’s enormous confidence in him with his strong win in the Francie Vincent Handicap (1600m) at Doomben.

Schweida declared Epic was a good thing at the Brisbane meeting before the son of Stratum duly delivered with a game on-pace win.

Epic settled handy to the speed before outsprinting his opposition off the slow tempo to score by a half-length.

"I don't think I've gone to a race meeting in years as confident about winning a race as I was with that horse today," Schweida said.

"I didn't want him getting too far back because there didn't look much pace in the race and going forward was the right decision.”

The gelding’s win, his third from 19 starts but his first since Epic missed 18 months of racing due to a severe tendon injury.

"He needed 12 months in the paddock but the time off did him the world and he's racing as well as he ever has," he said.

Epic’s win followed the brilliant performance from Agitate, who began the day in great fashion for the stable with his win in the Mark Timms Handicap (1110m)

Agitate won impressively in heavy ground at Doomben on March 9 before repeating the feat on a dead track in the $45,000 event.

Glen Colless sent the son of Sequalo straight to the front before the gelding strolled away to post an easy two-length win.

Congratulations to the owners of both horses.