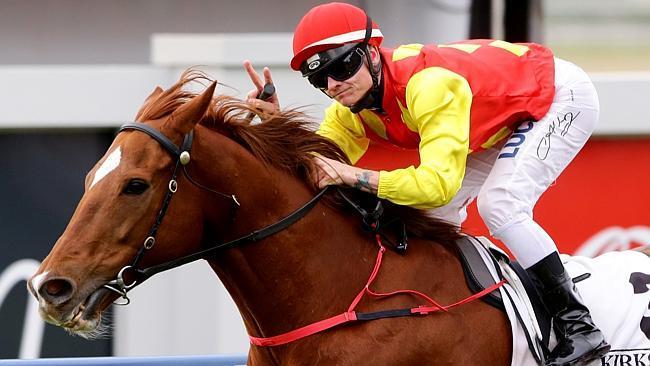 The galloper who has had an injury-ravaged career gave trainer Kelly Schweida and apprentice Anthony Allen a winning double when he secured an easy win in the 1630m Open Handicap. Earlier in the day, in-form Schweida and Allen combined to get the cash with Discreet. But it was Epic's one-and-a-quarter length win which probably gave Schweida most joy. Epic has had an injury-interrupted career but could yet be sent south for a crack at a race like the Group 3 Cameron Handicap at Newcastle in September. “Last time in work he ran third to Solzhenitsyn who is a Group 1 horse and he got galloped on that day,” Schweida said. “He won three in a row in his last campaign and I just hope he can keep going. “He has had a few injuries this time in but we have been patient. A mile is his go I am pretty sure, even though he would probably get out to 1800m-2000m.

It was a terrific day in the saddle for Allen who made it 81 city wins to outride his metropolitan allowance.