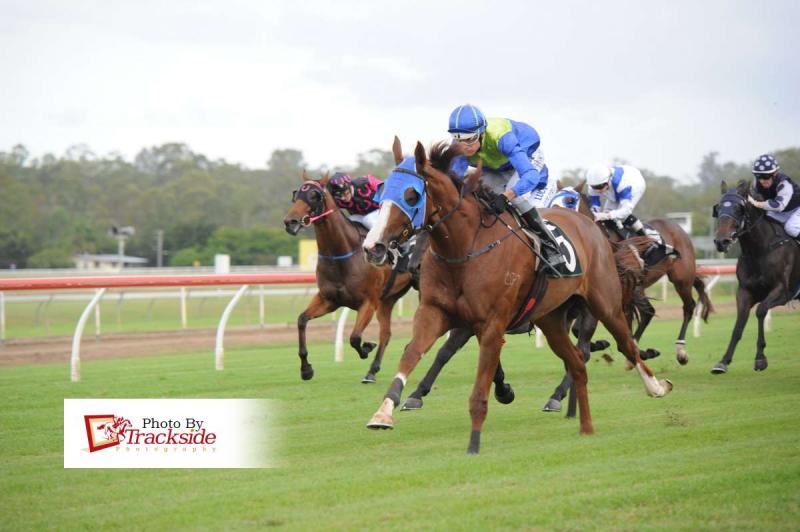 Gypsy Gold clocked up her second win from 14 starts when she rounded up the class one field at Ipswich yesterday. Jumping from the outside of the seven horse field, jockey Glenn Colless settled her at the rear before making his move on the home turn and letting down strongly in the straight to score by one and a half lengths.

“I took the blinkers off last start as she pulled hard in her previous start,” Schweida said.

“Glenn came back in and said she spent the whole time stargazing. Blinkers back on today gave her the focus she needed and the soft track was also an advantage for her.”

The four year old by Zaha seems to have turned the corner this preparation, being her second win his campaign after a string of placings in her previous two campaigns.

“She seems to get better as she matures and I am confident she’ll get 2000m with my only worry being she may over race. I won’t make the same mistake twice though and the blinkers will definitely be staying for now.”

From 14 starts Gypsy Gold has now won connections $36,000 in prizemoney.