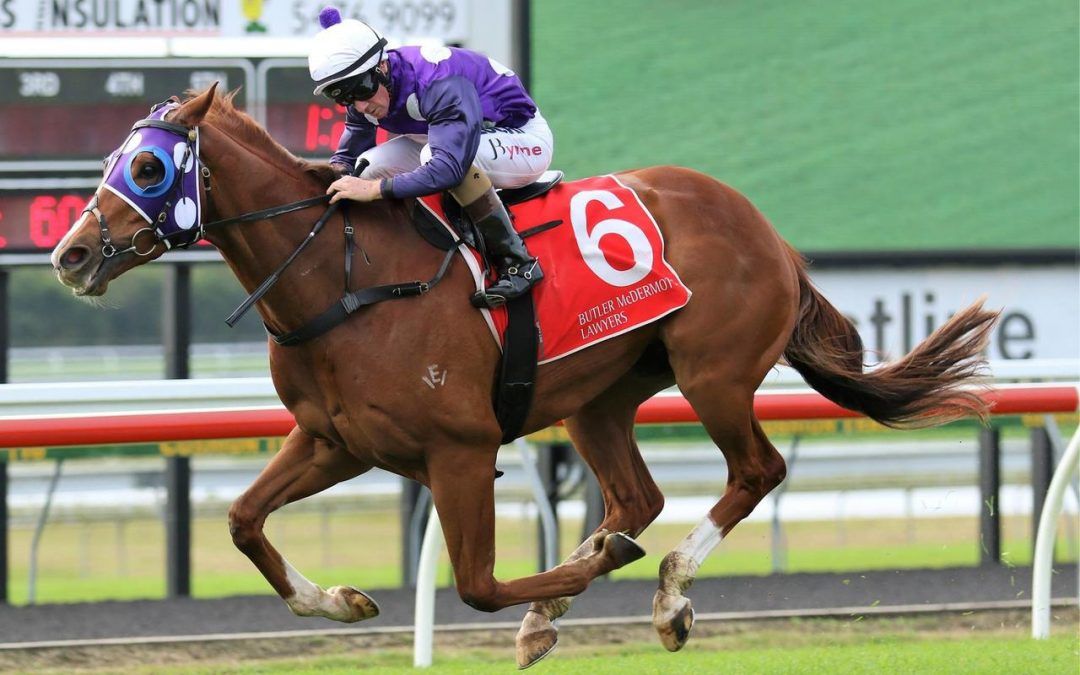 A regime of swimming and jumping helped Shogun Sun end a run of outs at Caloundra on Saturday.

The win gave trainer Kelly Schweida a double in the first two races after Bluebrook won the previous race.

But Schweida said Shogun Sun had been racing in far better company in the winter and had run in stakes company at his previous six starts.

“The problem with him he is a real sloth around the stables and a real fatty. He can put on five kilos in a day without even trying,” Schweida said.

“But he has had a lot of jumping over hurdles and swimming in the past week. This is the lightest he has been this campaign.”