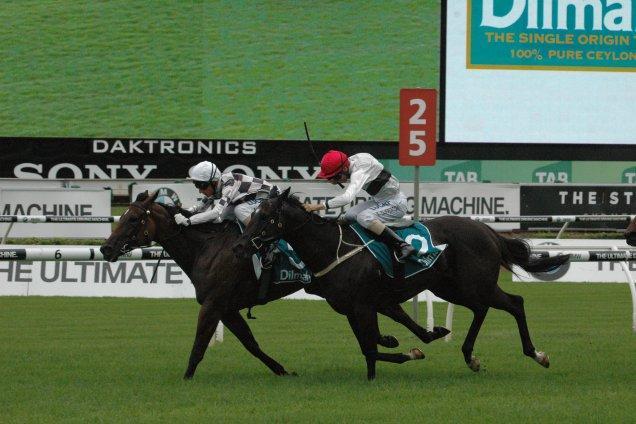 Schweida's now retired stallion Better Than Ready won the 2012 Listed Brian Crowley Stakes (1200m) at Randwick so it was a welcome result when Miss Cover Girl held on to win the fillies' feature.

Winning jockey Glen Boss surprisingly found the front aboard the filly which was a significant deviation from her usual racing pattern.

"I was surprised that we led. We weren't going super quickly," Boss said.

"I had a look at her record, she's a winner, so when I got to the rise and I was still going alright I thought, well that's going to come into play right now because she's a winner."

In a moderately run affair, Miss Cover Girl made every post a winner and managed to absorb a sustained challenge from the favourite, Peeping.

The Ron Quinton-trained Peeping had no answer for Miss Cover Girl, falling a half head short while Matilija finished a further length back in third.

Schweida revealed he was worried about not only the wet track but also the change of tactics employed by Boss.

"It's great to get that black type with her, that's what we were chasing."

Schweida said the daughter of Monashee Mountain would now return home for the Brisbane winter carnival.