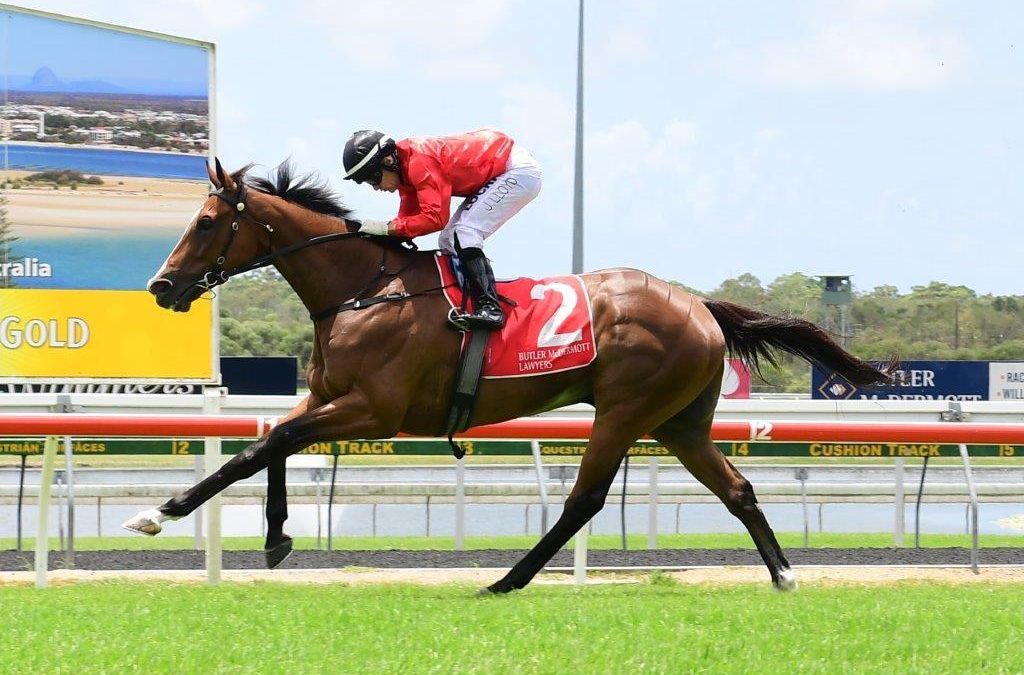 Gutsy stayer Outraged opened a few Brisbane winter carnival options with a runaway win in the Coastline BMW Open Handicap at the Sunshine Coast on Saturday.

Outraged, ridden by premier jockey Jeff Lloyd, came from well back to down Morendi by three lengths with Ingeegoodbe, a further half head away, third.

Outraged’s win was bitter-sweet for Schweida after the six-year-old ran third in the $1 million Magic Millions Trophy (2200m) at the Gold Coast a fortnight ago.

“There’s $500,000 difference in prizemoney gone begging but we can’t do much about it now,” Schweida said.

“At least we know he can run 2400 metres which leaves a few options open in the winter for him like the Caloundra Cup.

“There’s a race over 2200 metres in a fortnight but I’d love to take him to Sydney at the end of their carnival.”

The major disappointments came from the Chris Waller-trained pair Tumultuous and The Rumour File who finished eighth and fifth respectively.

Outraged was having his first start over 2400 metres but Schweida was confident he’d handle the extra trip following his Magic Millions Trophy placing.

“It was a gun ride. He got to one off the fence and made it look easy,” he said.